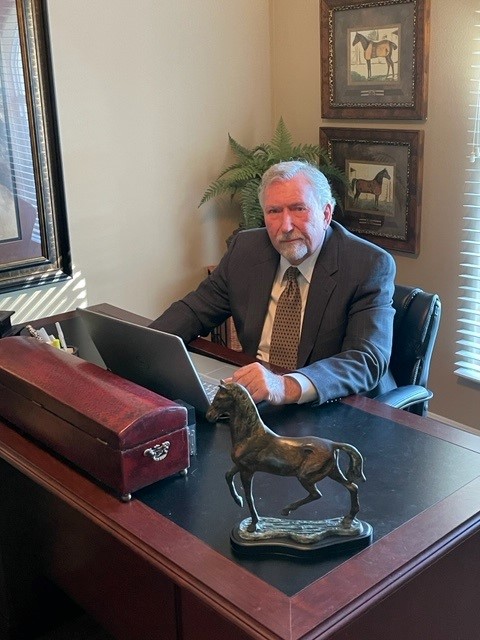 Steve Holgate has over 45 years’ experience in all facets of the real estate industry. As partner/owner of his companies, he has worked with numerous cities in the successful planning and completion of residential, industrial, and commercial projects. His expertise is in property acquisition, land planning, subdivision map processing and city/county entitlements. His experience with the intricacies associated with Redevelopment Agency requirements and bond financing is extensive. Mr. Holgate enjoys an excellent reputation for his willingness to work with and create motivated development teams among cities, engineers, consultants and end users.

Not only does Mr. Holgate demonstrate creative and innovative plans which allow for the successful completion of projects that meet the needs of both cities and the developers, he is also extremely experienced in negotiating with city councils, planning commissions and staff to determine “best use” site plans to maximize land use.

Mr. Holgate’s projects total in excess of $950 million and include residential, commercial, industrial developments, and income producing projects. He has orchestrated eleven city annexations, fifty-six subdivisions with over 9,000 lots, seven construction projects, and seven major specific plans. Office, retail, medical and industrial projects, residential master plan communities and over 1,250 apartment units are included in his project portfolio. He has been Master Developer of eight major projects.

Prior to his real estate activities, Mr. Holgate served in the United States Marine Corps as part of its Military Police Division, following his service in Vietnam with the I Corps DMZ Strike Force. Mr. Holgate’s decorations included the Cross of Gallantry, the Presidential Unit Citation for Acts of Valor and two Purple Hearts. After being honorably discharged from the Marine Corps, he joined the California Highway Patrol where he served as a Traffic Officer for five years.

Mr. Holgate has participated on numerous boards including Finance and Economic Development Commissions and Redevelopment Agency Advisories. He has served on his church’s board of directors.